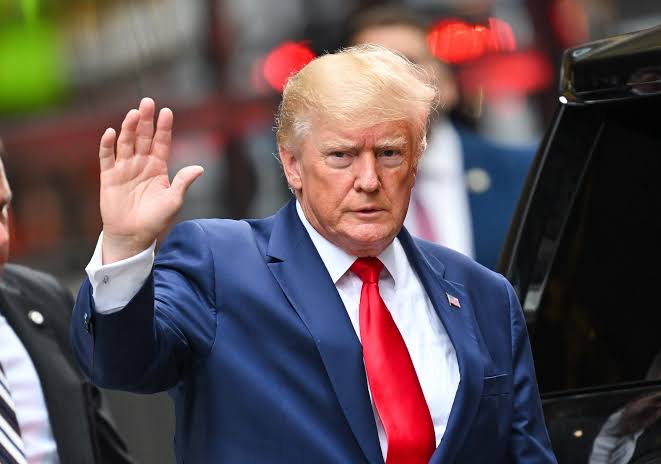 Donald Trump’s family business was found guilty of tax fraud by a New York jury Tuesday, dealing a blow to the ex-president as he eyes the White House again.

The Trump Organization and separate entity the Trump Payroll Corp were found guilty on all counts, marking the first time the companies had ever been convicted of crimes.

“This was a case about greed and cheating,” said Manhattan District Attorney Alvin Bragg, who prosecuted the case.

Trump himself was not charged but the fact the sprawling real-estate, hotel and golf business that bears his name is now a convicted felon is likely to inflict damage to his reputation as he seeks the Republican nomination for the presidency in 2024.

The two entities were convicted of running a 13-year-scheme to defraud and evade taxes by falsifying business records. In all, they were found guilty on 17 counts.

Jurors agreed with prosecutors that the Trump Organization — currently run by Trump’s two adult sons, Donald Jr and Eric Trump — hid compensation it paid to top executives between 2005 and 2021.

Longtime CFO Allen Weisselberg, had already pleaded guilty to 15 counts of tax fraud, and testified against his former company as part of a plea bargain. He did not implicate Trump during the trial.

A close friend of the Trump family, the 75-year-old Weisselberg admitted he schemed with the company to receive undeclared benefits such as a rent-free apartment in a posh Manhattan neighborhood, luxury cars for him and his wife and private school tuition for his grandchildren.

According to his plea deal, Weisselberg agreed to pay nearly $2 million in fines and penalties and complete a five-month prison sentence in exchange for testimony during the trial, which started in October.

Under the headline “Manhattan Witch Hunt!” Trump said no benefit accrued to the company from Weisselberg’s actions, and that neither he nor any employees were “allowed to legally view” the CFO’s returns.

Trump said he was “disappointed with the verdict” and will appeal.

Trump’s company faces a fine of around $1.5 million, a paltry sum to the billionaire real estate developer.

It’s symbolic though as he battles a host of legal and congressional probes that will likely complicate his run for a second presidential term, announced in Florida last month.

Trump and his three eldest children face a trial late next year in a civil lawsuit by New York’s attorney general that accuses them of misstating the value of properties to enrich themselves.

Prosecutor Letitia James has requested that Trump pay at least $250 million in penalties — a sum she says he made from the fraud — and that his family be banned from running businesses in the state.

“We can have no tolerance for individuals or organizations that violate our laws to line their pockets,” she said.

Trump has been ordered to testify in April 2023 as part of a defamation lawsuit brought by a woman who says he raped her in the 1990s.

He is also facing legal scrutiny for his efforts to overturn the results of the November 2020 election and over the January 6, 2021 attack on the US Capitol by his supporters. 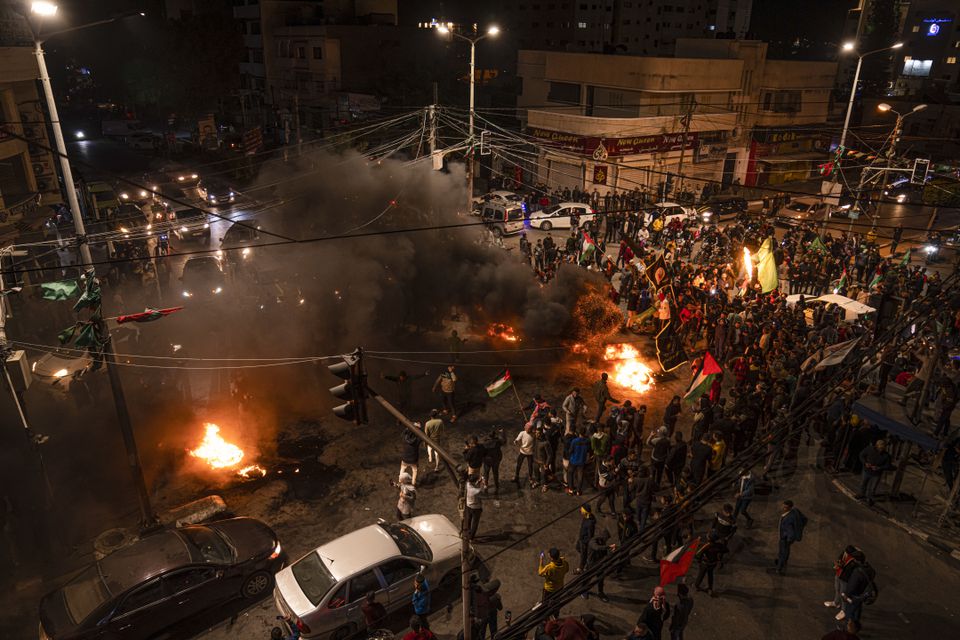 A Palestinian gunman killed seven people outside an east Jerusalem synagogue during the Jewish Sabbath on Friday, in one of the deadliest attacks targeting Israelis in years that risked sparking widespread violence.

The shooting came a day after a major escalation in the Israeli-Palestinian conflict, including an army raid in the occupied West Bank that killed nine people, rocket fire from Gaza and retaliatory Israeli strikes.

Israel’s police chief Kobi Shabtai called the shooting in the Neve Yaakov area “one of the worst attacks we have encountered in recent years.” It also fell on International Holocaust Remembrance Day.

Police said that “at around 8:15 pm (1815 GMT) a terrorist arrived at a synagogue in the Neve Yaakov boulevard in Jerusalem and proceeded to shoot at a number of people in the area.”

They said the gunman fled the scene in a car but was quickly tracked down and killed in an “exchange of fire” with police.

Police have identified the gunman as a Palestinian resident of east Jerusalem, which was annexed by Israel following the 1967 Six-Day War.

Netanyahu and his extreme-right National Security Minister Itamar Ben-Gvir visited the scene on Friday, as crowds chanted “death to Arabs,” AFP journalists at the scene said.

Speaking on television after visiting the scene, Netanyahu said his security cabinet would soon announce “immediate measures” in response and urged Israelis not to “take the law into their own hands.”

Shalom Borohov, a barber who lives near the synagogue, told AFP that after hearing gunshots he “went down to help people”.

“I saw the terrorist arriving with his car. He stopped in the middle of the junction, and shot from his car,” continuing to shoot as people came to the scene, he said.

Matanel Almalem, an 18-year-old student who lives nearby, told AFP that he ran down to the street after hearing the shooting and saw the gunman in a white Toyota Corolla.

“I heard a lot of shooting,” he said.

US President Joe Biden spoke with Netanyahu to condemn what he called a “horrific terror attack”.

“The president made clear that this was an attack against the civilised world,” the White House said in a readout of the call, adding that Biden also “stressed the ironclad US commitment to Israel’s security”.

Israeli Defence Minister Yoav Gallant, who was on a family visit to the US, has cut short his trip and is returning to Israel, his office told AFP.

“The attack against civilians this Friday evening was horrific,” Gallant said in a statement, vowing to “operate decisively and forcefully against terror” and “reach anyone involved in the attack”.

In Gaza and several locations across the West Bank, Palestinians celebrated the attack, including in Ramallah, where large crowds cheered and waved Palestinian flags.

Nine people had been killed Thursday in what Israel described as a “counter-terrorism” operation in the Jenin refugee camp.

It was one of the deadliest Israeli army raids in the occupied West Bank since the second intifada, or Palestinian uprising, of 2000 to 2005.

Most of the rockets were intercepted by Israeli air defences. The military responded with strikes on Hamas targets in Gaza.

There were no injuries reported on either side, but Gaza’s armed groups vowed further action.

After the synagogue shooting, Hamas spokesman Hazem Qassem said the attack proved “the resistance knows how to find the appropriate response” to Israeli “crimes”.

Washington had announced Thursday that US Secretary of State Antony Blinken would travel next week to Israel and the Palestinian territories, where he would push for an “end to the cycle of violence”.

A State Department spokesman confirmed on Friday that the visit would go ahead and said Blinken would discuss “steps to be taken to de-escalate tensions”.

At least 26 Israelis and 200 Palestinians were killed across Israel and the Palestinian territories in 2022, the majority in the West Bank, according to an AFP tally from official sources. 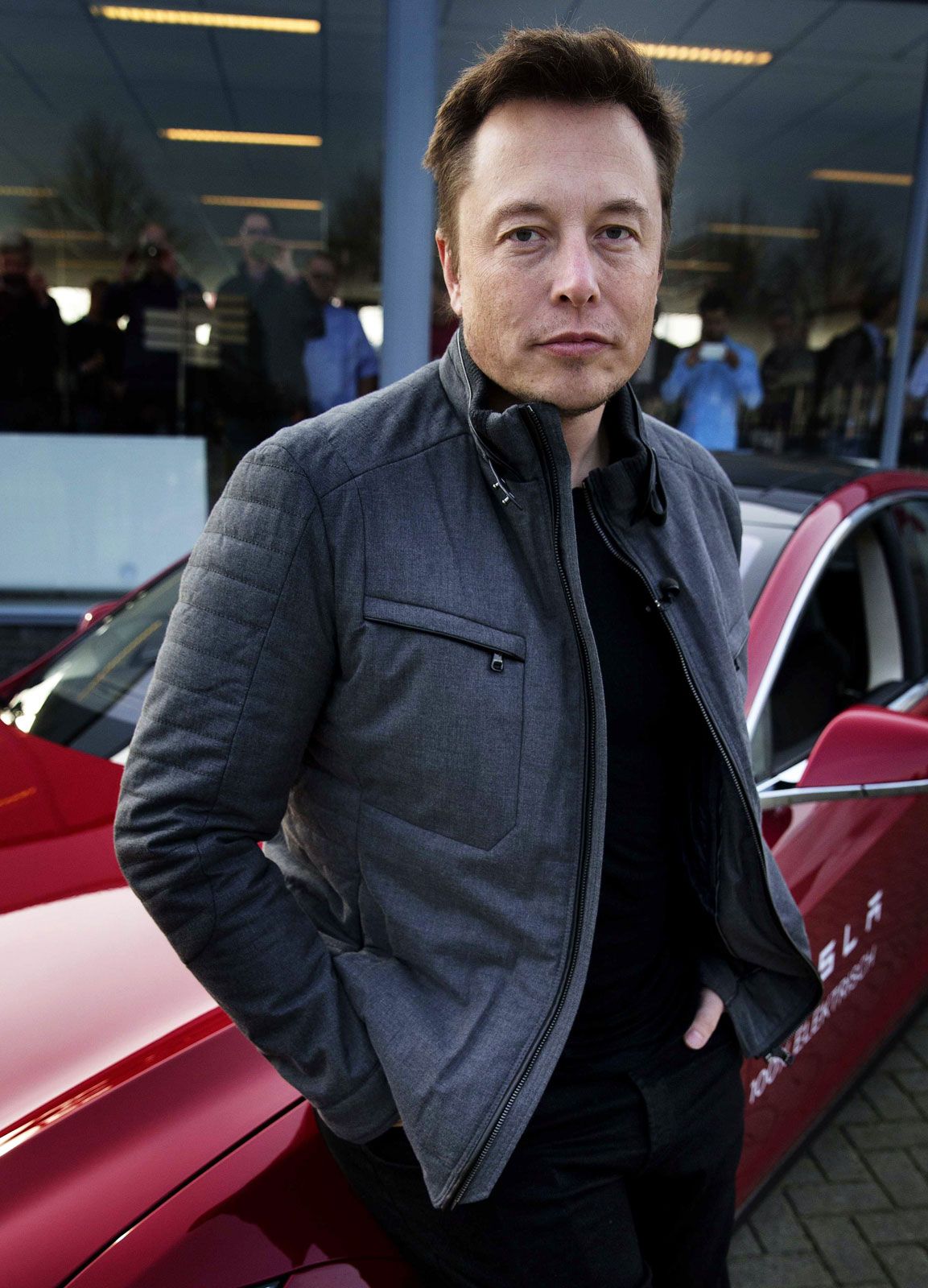 Elon Musk, the CEO of electric car giant Tesla, will face trial on Tuesday over allegedly manipulating the stock market with a tweet after a federal judge rejected his request to move the case out of California.

The case dates back to August 2018 when Musk tweeted that he had sufficient funding to take Tesla private, causing a whirlwind in the company’s share price.

Musk was swiftly sued by shareholders for allegedly costing them billions of dollars with the Twitter post that said funding was “secured” to buy out the company’s shareholders.

According to a spokesperson for the court, Judge Edward Chen on Friday refused to transfer the proceedings to Texas, the southern state where Musk moved Tesla’s headquarters and jury selection is scheduled to begin on Tuesday.

Defense lawyers had argued that the multibillionaire would be denied a fair trial in San Francisco, where he bought Twitter in late October and has been widely criticized for his decisions since taking over the social media firm.

After taking over Twitter, Musk fired more than half of the 7,500 employees, most in San Francisco, and radically changed the site’s content moderation policies.

“For the last several months, the local media have saturated this district with biased and negative stories about Mr. Musk that have fostered… highly prejudicial biases in the jury pool,” the CEO’s lawyers argued in a filing.

“The local media, in a deviation from how they typically cover these stories, have blamed Mr. Musk personally for the reductions and even accused him of violating the law,” the lawyers said.

According to Bloomberg, Judge Chen expressed confidence at the hearing that impartial jurors could be chosen.

Musk’s short tweet in 2018 has already attracted the attention of authorities.

The US stock market regulator, the Securities and Exchange Commission, ordered that Musk step down as chairman of the board of Tesla and pay a fine of $20 million.

A Barcelona court opened a probe “into an alleged crime of sexual assault as a result of a complaint filed by a woman against a football player,” the Superior Court of Catalonia said in a statement.

While the statement did not name Alves, informed sources confirmed to AFP the former Barcelona and Juventus player was the subject of the investigation.

Catalan police said they had received a complaint on January 2 from a woman who said Alves had touched her inappropriately.

The player was accused of putting his hands down the woman’s pants, according to the reports.

Alves, 39, has confirmed he was at the night club at the time but has denied any wrongdoing, telling private Spanish television Antena 3 last week that he has “never seen” the woman before.

“I was there, at that place, with more people having fun. Everybody knows I love to dance. Having a good time but without invading the space of others,” he added.

Alves, who now plays for Mexican side Pumas UNAM, was in Barcelona on holiday following his participation at the World Cup with Brazil in Qatar.

He was the oldest player to represent Brazil at the men’s World Cup.