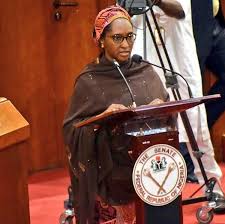 The Minister of Finance and National Planning, Zainab Ahmed, has said the federal government will borrow over N11 trillion and sell national assets to finance the budget deficit in 2023.

She also said the government’s budget deficit is expected to exceed N12.42 trillion if it should keep petroleum subsidy for the entire 2023 fiscal cycle.

Mrs Ahmed disclosed this on Monday while appearing before the House of Representatives Committee on Finance to defend the 2023-2025 Medium Term Expenditure Framework (MTEF) and Fiscal Strategy Paper (FSP).

Explaining two scenarios of the budget deficit to the committee, the minister said the first option involves retaining the petroleum subsidy for the entire 2023 fiscal year.

According to her, in the first scenario, the deficit is projected to be N12.41 trillion in 2023, up from N7.35 trillion budgeted in 2022, representing 196 per cent of total revenue or 5.50 per cent of the estimated GDP. In this option, she added, the government would spend N6.72 trillion on subsidy.

Mrs Ahmed said the second option involves keeping subsidy till June 2023 and that this scenario will take the deficit to N11.30 trillion, which is 5.01 per cent of the estimated GDP. In this option, PMS subsidy is projected to gulp N3.3 trillion.

She noted that the first option is not likely to be achievable based on the current trend while the second option would require tighter enforcement of the performance management framework for government-owned enterprises that would significantly increase operating surplus in 2023.

The two proposals have budget deficits far above the stipulated threshold in the Fiscal Responsibility Act.

According to the existing Act, the deficit must not exceed 3 per cent of the GDP. However, the law makes provision for the President to cross the threshold with the approval of the National Assembly.

Section 12 (1and2) of the Fiscal Responsibility Act reads, “The estimate of:

2). Aggregate expenditure for a financial year may exceed the ceiling imposed by the provisions of subsection (1) of this section if in the opinion of the President there is a clear and present threat to national security or sovereignty of the Federal Republic of Nigeria.

The government is projecting N19.76 trillion as total expenditure under option two, with projected oil daily production fixed at 1.69 million barrels per day at $70 per barrel. The exchange rate has been fixed at N435.57 to a dollar and inflation at 17.16 per cent.

Mrs Ahmed stated that crude oil production challenges and PMS subsidy deduction by NNPC Limited constitute a significant threat to the achievement of our targets, as seen in the 2022 performance up to April.

She noted that the draft MTEF/FSP was prepared against the backdrop of continued global challenges occasioned by lingering COVID-19 pandemic effects, as well as higher food and fuel prices due to the Russia/Ukraine war.

Related Topics:FinanceNigeriaZainab Ahmed
Up Next

Why Court Dismissed FG’s Request To Extradite Abba Kyari To The U.S. For Trial

Buhari Assents To Eight Bills Passed By The National Assembly 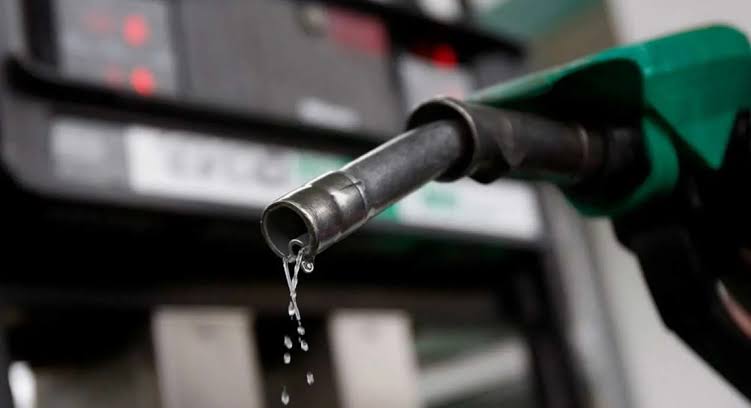 Reports have it that Ibadan and other towns and cities across the country have been experiencing a shortage of the commodity for the past few weeks.

Our correspondent gathered that the situation worsened at the weekend when some of the petrol stations selling the product shut their gates against prospective buyers, with independent marketers adjusting their prices to N300.

This is against the previous pump price of between N195 and N270.

It was observed that some of the few stations that belonged to major marketers have also adjusted their pump price to N190 against the previous pump price of N180.

Our correspondent who went around some major roads in Ibadan in the early hours of Monday observed that scores of commuters plying major roads were stranded due to the ongoing fuel scarcity.

Some of the areas visited included Bodija, Sango, Sango-Eleyele Road and Secretariat Road.

It was also observed that long queues are currently experienced in most petrol stations selling at N190.

A resident, who identified himself as Mr Ayanda, said that he bought the commodity at the rate of N190 in one of the petrol stations that belonged to major marketers after spending several hours on Sunday.

“I bought the petroleum at the rate of N190 at NNPP station at express on Sunday. It took me several hours because I cannot go to the place where they sell at N300. It is too expensive”.

Another resident, Mr Adekunle, however, said that he bought the commodity at the rate of N300 on Sunday. 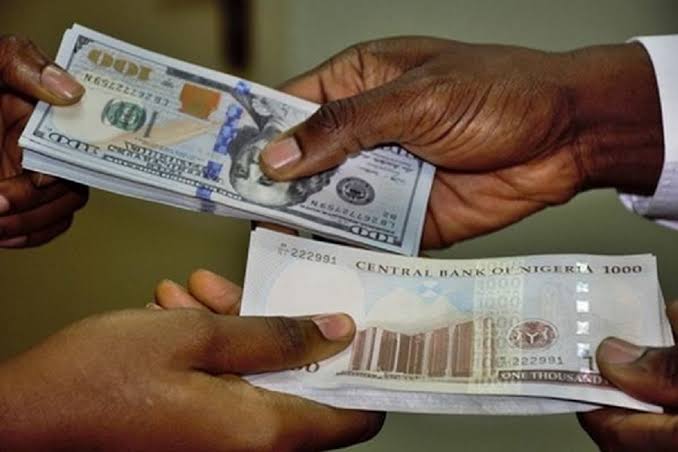 The naira on Wednesday exchanged at 445.83 to the dollar at the Investors and Exporters window, a depreciation of 0.01 per cent, compared with the 445.80 it exchanged on Tuesday.

The open indicative rate closed at N444.25 to the dollar on Wednesday.

An exchange rate of N452 to the dollar was the highest rate recorded within the day’s trading before it settled at N445.83.

The naira sold for as low as 426 to the dollar within the day’s trading with a total of N127.78 million was traded at the official Investors and Exporters window.

Meanwhile, Hassan Oaikhenan, a professor of Economics at the University of Benin, Benin-City, has attributed the depreciation of the naira to excess naira in circulation chasing the few dollars.

“The way to go therefore is that now that the denominations are redesigned, it is up to the CBN to as much as possible, limit, control, manage, tighten the quantity of the redesigned currency.

“Especially the higher denominations in circulation. They have to be properly managed so that at the end of the day, this phenomenon of too much naira chasing few dollars can be addressed.

“If that is sustainably done, then we will see an improvement of the exchange rate of the naira to the dollar,” he said. 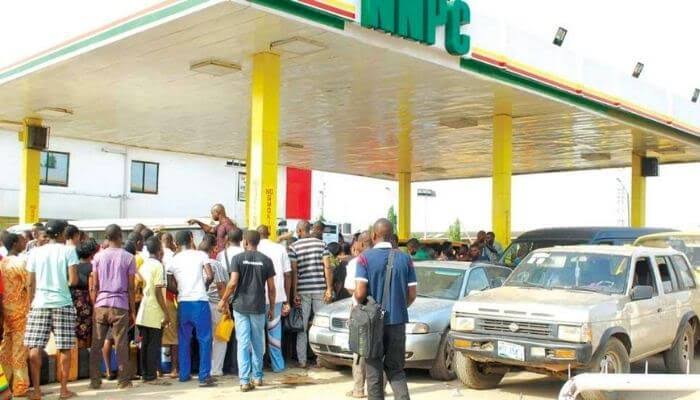 The Nigeria Labour Congres and the Trade Union Congress have described as unacceptable the lingering scarcity of petrol across the country and the unapproved price hike above N240 a litre in the country.

They urged the government to find an immediate solution to the shortage before things get out of hand.

In a joint statement by the Nigeria Labour Congress (NLC) and the Trade Union Congress of Nigeria (TUC), the Organised Labour said that no excuse was good enough for the shortage because no private individual or company was importing a litre of PMS into this Country.

They argued that all products are imported by the government and there is no record whatsoever that the agency of government that is importing the products has added a kobo to the price it sells the products to the marketers.

In the statement signed by the President of NLC and TUC, Ayuba Wabba, and Festus Osifo, respectively and titled “Fuel shortages, price hike and avoidable long queues in filling stations are unacceptable and no longer tolerable”, said they are reliably informed that the shortage is deliberately fostered by players in the downstream sector in order to hike the price far above the government approved threshold.

The statement read “The leadership of the Nigeria Labour Congress (NLC) and Trade Union Congress (TUC) are seriously bewildered and disturbed by the persistent shortage and uncontrollable prices that players in the downstream sector of the petroleum industry are meting out to Nigerians.

“The persistent shortages of Premium Motor Spirit (PMS) otherwise called petrol in the country has become a source of pain to the Nigerian people. It has led not just to long avoidable queues but adulteration of the product by unscrupulous elements; exploitation of the consumers, and turning fuel stations into traffic menace.

“All these have tragic consequences for the Nigerian people and debilitating effects on the health of the economy which itself is not in a good state. We are reliably informed that the shortage is deliberately fostered by players in the downstream sector in order to hike the price far above the government-approved threshold. It is an added problem when non-state actors begin to arrogate to themselves the power to determine the price of a litre of fuel far above the rate pegged by the government in the current subsidy regime

“The Nigerian people and taxpayers currently expense several trillions of Naira annually to subsidize petrol. The same people cannot be exploited and made to pay over N240 per litre when the current ex-depot price is currently fixed at N148.19k per litre. The opportunity cost of the subsidy payment is enormous and yet the benefit of the subsidy regime is gradually being eroded.

“No country develops when its people are subjected to perennial hardship and its industries are shackled by unnecessary chains of miseries.

“It is more disturbing that the government is equally demonstrating a high level of culpability in the unwholesome situation by its silence and unwillingness to frontally and publicly address the harrowing experiences of Nigeria in the current situation because no concerned and responsive government will bury its head in the sands like the proverbial Ostrich while the citizens are being brutally exploited.

“For the records, no private individual or companies are importing a litre of PMS into this country, all products are imported by the government and there is no record whatsoever that the agency of government that is importing the products has added a kobo to the price it sells the products to the marketers.

“We are strongly worried that leaving our energy security and sovereignty in the hands of unscrupulous capitalists and their collaborators will further plunge this nation into the economic abyss we are working hard to avoid.

“The labour centres, therefore, demand of the Federal Government an end to the avoidable, unnecessary, crippling and pain-inducing fuel shortages and unapproved price hike of up to N24O in the country. No excuse is good enough to cripple the country. If there are challenges, they should be fixed; we have a government in power to fix challenges not to make excuses.

“Organised Labour is ready and willing to engage the Federal Government and assist in all ways possible to overcome the country’s present challenges. But we caution it not to take either the Labour Movement or the Nigerian people for granted as it seems to be manifestly doing on various crucial national issues.

Regulatory and law enforcement agencies should do more to protect the larger Nigeria society from exploitation.”