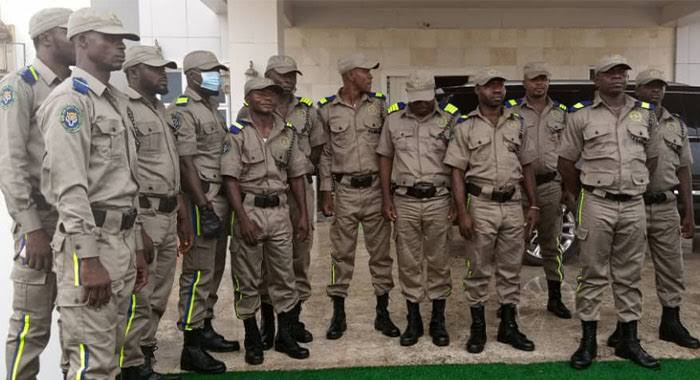 The call for a free, rule based political activities have been increasing in Ebonyi state amidst incidences of violence on various political candidates.

Addressing newsmen, yesterday, in Abuja, the Coalition of Frontline Governorship Candidates in Ebonyi State accused Governor Dave Umahi of visiting violence on candidates of opposition parties in the state.

The candidates regretted that barely one week after the celebration of the state’s 26th anniversary, strange and unimaginable things have begun to happen. In a communiqué jointly signed by Dr. Edward Nkwegu (LP), Chief Ifeanyi Odii (PDP), Chukwuma Nwandugo (AA); Prof. Bernard Odoh (APGA) and Chief Sunday Opoke (YPP), the coalition urged the Inspector General of Police (IGP) to call his men in Ebonyi to order and keep to the highest standard of professionalism by refusing to serve the evil intentions of the governor towards the 2023 polls.

Chronicling the various instances of attack, abduction and unexplained disappearance of people, the governorship hopefuls called for immediate disbandment of Ebubeagu security outfit, saying it has turned into a political militia.

They listed the flogging of civil servants, abduction of LP senatorial candidate for Ebonyi South (Linus Okorie), attacks on the APGA governorship candidate (Odoh) and his supporters, teargasing of Obidients and sudden disappearance of Mr. Uzoma Ani, an aide to Odii, as some of the glaring cases of violent intimidation of the opposition.

It, therefore, appealed to the international community, particularly the United Nations (UN), African Union (AU), Economic Community of West African States (ECOWAS) and European Union (EU) as well as the United States (U.S.) and United Kingdom (UK) embassies to investigate the alleged abuse of human rights by Umahi and other key actors in his government.

“We ask the embassies to review their requests for travels, as a strong signal to those who seek to derail our democracy and a demonstration of your commitment to protect human rights and justice,” they said.

While insisting that the incumbent All Progressives Congress government in Ebonyi wants to create a climate of fear to scar away voters and make them helpless, the coalition urged the supporters to remain law-abiding.

The communiqué reads: “We totally condemn the unlawful and dangerous actions of the ruling APC government led by Governor David Umahi to deliberately derail the campaign.

“Leaders of the National Peace Committee should consider the necessity of administering oaths of good conduct and non-violence on Umahi and others contesting elective positions in the state.

“Government and partners should do all within their power to protect Ebonyians and safe-guard the sanctity of the electioneering process in Ebonyi.” 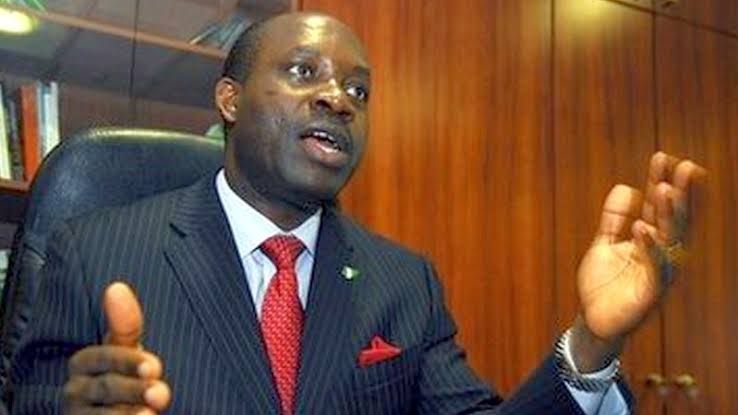 Some candidates who participated in the teachers’ recruitment exercise in Anambra State have protested their exclusion from the list of those finally selected.

Two of the candidates who spoke to our correspondent in Awka, on Monday, on behalf of the aggrieved candidates, accused the state ministry of education and the Anambra State Universal Basic Education Board of failing to follow due process in the recruitment process and final selection.

The state governor, Prof. Chukwuma Soludo, had on Friday, presented appointment letters to 5,000 teachers recently recruited in the state. The presentation took place at the International Conference Centre, Awka.

Soludo said the exercise was a fulfilment of his campaign promises.

But while speaking to our correspondent on the matter, one of the candidates, who identified herself as Chioma Evelyn, from Njikoka Local Government Area of the state, said having scored 71.5 per cent as total aggregate, she was not selected while those who scored far below were chosen, wondering the criteria that were adopted in the final selection.

The 31-year-old Evelyn lamented that her name which was initially on the original list was omitted from the final list without any tangible explanation, adding that some candidates who are close to some people in the corridors of power were chosen based on favouritism.

She said, “I did the documentation under ASUBEB and my name was the second on the original list with them, but when the list was finally submitted, they omitted my name. My aggregate score is 71.5 per cent, but to my surprise, people who scored 50 per cent were selected.

“Majority of us who scored above 70 per cent have this same issue. Some of us scored 90 per cent, without being chosen, while people who scored 50 per cent were taken. Nobody is telling us why it is so and why our names were removed at the last minute.

“They never told us they will use any special criteria in the selection process, some of us were at the ICC during the inauguration of the teachers, and we approached the commissioner for education, but she only told us that the matter will be looked into.

“I do not deserve to be omitted as people who scored far below were selected. I was documented, and my name appeared on the original list from the ministry of education, but what happened at the last minute, is something no one has explained.”

Another candidate, who gave her name as Ijeoma Okeke, from Idemili North Local Government Area, accused the ASUBEB and the ministry of education of selecting people at random without following the cut-off criteria.

Okeke said, “I scored 72 per cent in the interview and my overall aggregate score is 70.5 per cent, but I was not selected, I applied for Biology. My surprise is that those who scored far below made up the list.

“My name was initially on the list, I did my documentation on November 15, but when they brought out the final list, I did not find my name there. I went to the office of ASUBEB, and the chairman told me that it was an omission, but a staff in that office, told me that those who did not have B.Ed or NCE were removed.

“Initially, they did not tell us it must be B.Ed or NCE. They told us to apply and that on-the-job training will be given to successful applicants, but now, they have turned everything upside down. Our names were intentionally removed because they were selecting people at random after the interview without following the cut-off criteria.

“I have gone to ASUBEB and I was told to report to my local government in Idemili North.”

When contacted, the state Commissioner for Education, Prof. Ngozi Chuma-Udeh, insisted that due process was followed in the recruitment process, regretting that the protesters did not appreciate the governor’s magnanimity in recruiting 5,000 teachers at a stretch in this difficult time.

“We have more than 40,000 persons, who applied for this job. After the recruitment exercises, we have as many as 8,000 candidates qualified and suitable in different subject areas. Meanwhile, we have limited spaces of 5,000 slots to fill.

“71 per cent or 72 per cent aggregates are good scores, but if the person is not favoured by any of the criteria above, he cannot get the job.

“For instance, if 200 slots are allocations for a local government based on merit, and if 210 persons got 80 per cent and above in a particular LGA, certainly, a candidate scoring 72 per cent cannot get the job. We cannot allow what belongs to another LGA to you from a different LGA because you score higher grades.

“We cannot recruit somebody whose subject area is not relevant to our schools’ curriculum because he has a high aggregate in the exam. 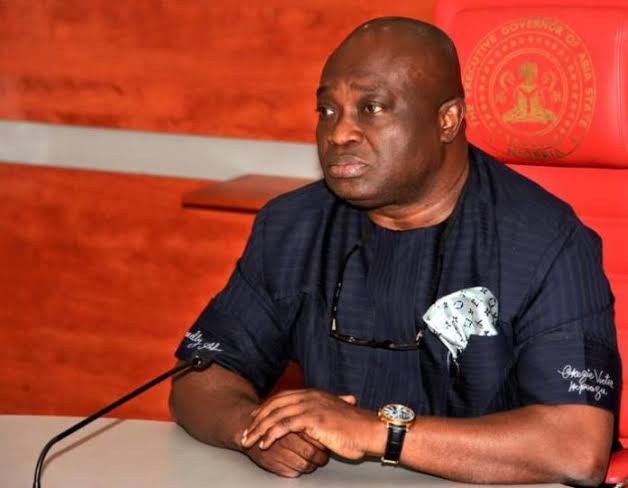 As the 21-day ultimatum given to the Abia State Government by medical doctors to pay Abia State University Teaching Hospital their salary arrears comes to an end, the government has yet to show any serious commitment to that course.

In a communique issued at the End of an Emergency General Meeting of the Nigerian Medical Association, Abia State branch held at their Aba Zonal Secretariat, on Sunday, December 4, 2022, the doctors regretted the inability of the state government to honour that ultimatum.

They noted that doctors working at ABSUTH and HMB are currently owed between 21 and 25 months and 13 months of salary arrears respectively.

“The 21 days Ultimatum approved by the National Executive Council of NMA and given to the Abia govt on Nov 17, 2022, to clear the aforementioned salary arrears is currently in its 17th day.

“That doctors working with ABSUTH and HMB are currently undergoing untold hardship.

Following their deliberation on the above-mentioned, the NMA Abia State in their resolution signed by Dr Abali Isaiah, the Chairman and Dr Daniel Ekeleme, the Secretary, condemned in strongest terms the non-payment of the Doctors in ABSUTH and HMB adding, “Our Ultimatum to the ABSG still stands and running”.

They insisted on the payment of what is owed to Doctors as a condition to avert the impending strike.

According to them, “failure to meet the above-mentioned demands on or before 8th of December 2022 would force all Doctors in Federal, State, and private sectors in Abia State to proceed on total and indefinite strike.

“The ABSG should be held responsible for any medical mishap that may occur during the period of industrial disharmony.” 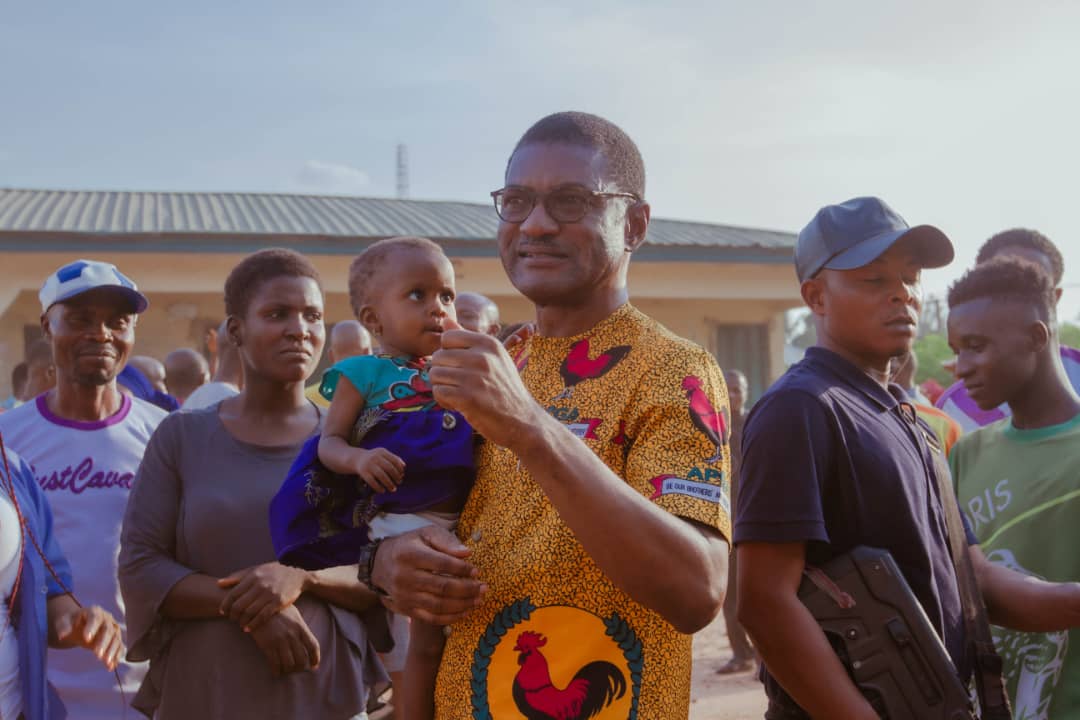 The governorship candidate of the all Progressives Grand Alliance (APGA), Frank Nweke Jr was on Tuesday, showered with prayers and expressions of goodwill as he takes his campaign train to Nkanu East where he sought to know firsthand from the people their needs and to discuss how he would solve them.

Nweke visited Amagunze, Nkerefi and Nume-Unateze communities with his running mate, Dr. Edith Ugwuanyi, candidates for other positions and other top members of APGA in Nkanu East Local Government Area.

On the visit, the indigenes of the various communities expressed delight and prayed for God to bless Nweke and that he should succeed in his quest to bring good governance to Enugu State.

A shop owner at the Eke Amagu-Nze market who spoke in Igbo stated as follows (translated):
“My name is Helen Eze from Umunevu Amagu-Nze. Frank Nweke’s coming to our community fills my heart with Joy. I am thank God or that and I am praying for God to take charge of this visit so that everything will go well according to His plans.

I pray that God will manifest in his quest and show that He is truly God, that since it pleases God to make him come to see us here in Amagu-Nze, that He will take total charge as God. Thank you.”

Another indigene, trader at the market, Mr. Emmanuel Eze
“The way is see it, he is the person that will bring development to our state, Enugu. He is the one God brought and my prayer is that he will governance so as to wipe our tears because we have suffered so much in this town. That is what I am saying. I am also praying that that he must succeed and he will fix our place to be nice, he will build our town, build our market, repair our roads. That is what I pray for.”

As for Mrs. Janet Ani, another trader at the market, the governorship candidate “should remember us, the poor, we that don’t have much, so that God will help him do what he is supposed to do. This is because is good for someone to remember those situation is better than theirs.”

The Chairman of drinks sellers association, Pa Oniche (Agu Amagu) was like the rest of the people delighted by Nweke’s visit to Amagu.
In his words:
“His (Nweke Jr’s) visit took us by surprise. We are very happy for his visit. Anything that is being contested is challenging, but our prayers is that Frank Nweke Jr. should win. This is because if he wins with APGA, we the people of Nkanu East will benefit immensely from top to bottom. APGA is the party for Ndi-Igbo. By God’s grace the party there will change and APGA will rule our state, even Nigeria, also in Nkanu East. For that, we the drinks sellers will be very happy.”