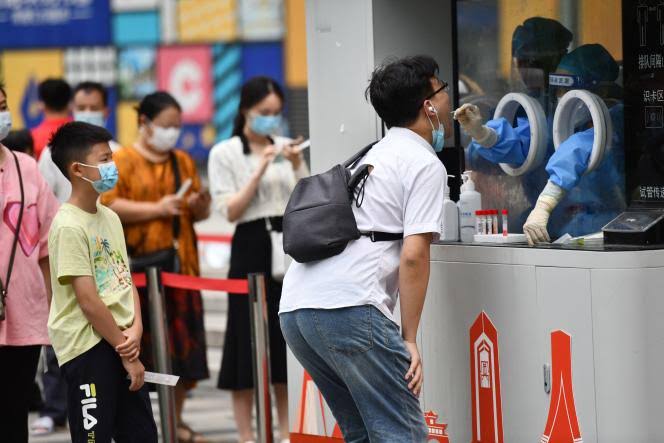 In the file photo, staff members disinfect a residential area after a resident was infected with the Covid-19 coronavirus in Yantai, in China’s eastern Shandong province on August 1, 2021.
STR / AFP

Around 21 million people in the Chinese city of Chengdu effectively went into lockdown on Thursday as authorities raced to snuff out a new Covid-19 outbreak.

China is the last major economy wedded to a zero-Covid policy, stamping out virus flare-ups with snap shutdowns, mass testing, and lengthy quarantines.

Chengdu, in the southwest, became the latest city to announce a shutdown, saying in an official notice that residents must “stay home in principle” from 6:00 pm (1000 GMT) on Thursday to combat a new wave of infections.

Each household will be allowed to send one person out to buy groceries and essential goods per day, provided they have tested negative in the previous 24 hours, the notice said.

It said that all residents would be tested for the virus between Thursday and Sunday, and urged them not to leave the city unless “absolutely necessary”.

“The current state of epidemic control is abnormal, complex, and grim,” the announcement said, adding that the measures aimed to “decisively arrest the spread of the outbreak and guarantee the health of all citizens”.

Chengdu recorded 157 new local infections on Thursday, of which 51 displayed no symptoms, the city government said in a separate notice.

Children in at least 10 cities and provinces are facing disruptions to China’s new academic year as pandemic controls force schools to switch to measures like online learning, according to a news report on Thursday in state-affiliated media.

Xining, the capital of western Qinghai province and home to 2.5 million people, has ordered schools to conduct lessons online, rolled out a mass testing drive and told residents in its main urban area to work from home for three days.

China’s southern hub of Shenzhen said that new virus restrictions would come into force from 6:00 pm (1000 GMT) on Thursday in its Nanshan district, which hosts the headquarters of tech giants Tencent and ZTE.

The district government said it had ordered entertainment venues including bars, cinemas, and karaoke clubs to close, and started requiring residents to produce a recent negative Covid test to enter their housing compounds.

China has stuck to its zero-tolerance virus strategy despite disruptions from the fast-spreading Omicron strain and concern that the approach is stifling its post-pandemic economic recovery.

Last month, travellers in the southern island province of Hainan protested after more than 80,000 tourists were stranded in a resort city because of a Covid-19 flare-up.

Social media videos from the eastern megacity of Shanghai showed panicked crowds fleeing an Ikea store and another building as officials tried to impose local lockdowns in response to two suspected cases. 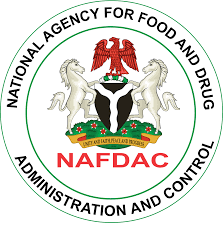 National Agency for Food and Drug Administration and Control (NAFDAC), has debunked a report claiming that children in Nigeria were being administered a vaccine that contains 40 per cent mercury which was prescribed by foreign organisation.

The director-general, NAFDAC, Prof Mojisola Adeyeye, in a press statement, made available to our correspondent, said mercury is a metal and as such cannot be used as an element or as a component of vaccines.

The basic components of vaccines are antigens, adjuvants to improve immune response, antibiotics to prevent contamination during manufacturing, preservatives, and stabilizers, Adeyeye revealed, adding that thimerosal a mercuric compound which is a preservative used in multi dose vaccines contains a different form of mercury called ethyl mercury.

“As a vaccine preservative, thimerosal is used in concentrations of 0.003 per cent to 0.01 per cent, (for example, thimerosal content allowed in vaccines is between 30 parts to maximum of 100 parts out of million parts of the vaccine formula). Thimerosal is a mercury-based preservative that has been used for decades in the United States in multi-dose vials (vials containing more than one dose) of medicines and vaccines,” she explained.

She averred that there is no evidence of harm caused by the low doses of thimerosal in vaccines, except for minor reactions like redness and swelling at the injection site. “However, in July 1999, the Public Health Service agencies, the American Academy of Paediatrics, and vaccine manufacturers agreed that thimerosal should be reduced or eliminated in vaccines as a precautionary measure,” she added.

Though, Nigeria still receives some multi dose vaccines which contains thimerosal but at accepted concentration, the DG said that the World health Organisation (WHO) has closely monitored the scientific evidence relating to the use of thimerosal as a vaccine preservative for over 10 years especially through independent expert advisory group, the Global Advisory Committee on vaccines.

“The committee has constantly reached the same conclusion, that there is no evidence to suggest that the amount of thimerosal used in vaccines poses a health risk. Other expert groups the U.S. Institute of Medicine, the American Academy of Paediatrics, the United Kingdom Committee on Safety of Medicines, and the European Agency for Evaluation of Medicinal Products have reached similar conclusions,” she stated.

She however stated that NAFDAC would continue to follow WHO approved protocol before any human vaccines could be used in Nigeria.

The National Hospital, Abuja, is seeking to locate the relatives of a yet-to-be-identified man currently receiving treatment at the facility.

The hospital said the man was brought to the hospital on September 25, 2022.

The man, who is believed to be in his 40s, was said to have been found unconscious by the road side in Area 11 on the same day at about 3pm.

“The management of the hospital is hereby appealing to any member of the public whose relation has not been seen since the aforementioned date to please come to Trauma ICU National Hospital, Abuja, for identification and further necessary action.”

Confirming the case in a telephone conversation with our correspondent, the Spokesmen for the hospital, Tayo Haastrup, said “Yes, the case is true. A lady just came to the office now that the man in the picture looks like her boyfriend and I have asked one of the staff to take her to the ICU. I will update you later.” 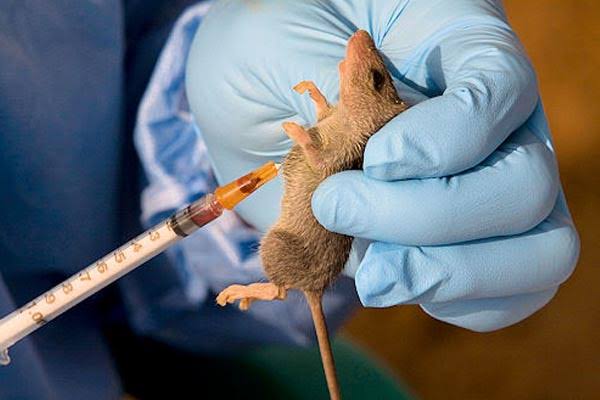 Twenty-six states have recorded cases of Lassa Fever as the disease has spread to 104 Local Government Areas in the country.

This is according to the Nigeria Centre for Disease Control (NCDC) Situation Report for week 40 which was obtained on Tuesday.

According to the report, the lassa fever outbreak has killed 173 people in the country so far this year. The latest report shows an increase in lassa fever from the previous 933 to 937.

Lassa fever is a viral hemorrhagic fever and an acute viral illness. This zoonotic disease has a high morbidity and mortality rate, as well as economic, health and security implications.

“In week 40, the number of new confirmed cases is the same as reported in week 39, 2022 to four cases. These were reported from Ondo, Bauchi and Ekiti States,” the report read in part,

“In total for 2022, 26 States have recorded at least one confirmed case across 104 Local Government Areas.

“The number of suspected cases has increased compared to that reported for the same period in 2021.